Terso Solutions COVID-19 update: Your partnership is important to us and we appreciate your patience while we navigate this uncharted territory.

-We will continue to provide customer and technical support during normal business hours in North America and Europe.

-For FAQ or documents related to our products and services, visit our Support page.

Keeping Up with Kits

This blog, from guest author Jonathan Tillman, explores the history of surgical loaner kit processing software, the strides that have been made, and why looking to the experts outside of your organization is the best decision for your business.

Why do companies still build their own Loaner Kit Processing Software?

This is a question I ask myself almost daily,  but none of the answers I tell myself seem to satisfy. So, a little history lesson, most of our readers probably know this, but it’s worth rehashing to properly set the table.

As of 7 years ago, SaaS technology that was specific to loaner kit processing in the Orthopedic space was still only in its infancy. That meant that distribution/operations leaders at companies were forced to either license a bleeding edge technology or have their IT department build a custom solution onto their existing ERPs. Choosing the SaaS route resulted in having to work with a start-up company to build an integration with the manufacturers ERP, and then hoping that SaaS company did not go out of business, forcing them to redo the project all over again either internally or with another SaaS company (and that was only if those involved in the project still had their  jobs. Choosing the internal route did not entail any of these concerns, and any risk was effectively pushed onto the IT group.

At the time it was a “no brainer” decision, especially considering that in-house IT departments beg for this kind of development work.

7 years later, the world has changed dramatically. The SaaS companies that have survived have evolved and built world class systems tailored to the industry. These technologies are built on cutting edge, flexible, IT stacks, and are incredibly inexpensive. They are deployed in many geographic locations across numerous companies and warehouses that are improving their technology monthly. They are experts at integration and can provide best in class processes, so not only do organizations get a new technology, but better operational process flow, while never having to lose any of the true value add of an ERP system.

Let’s compare the previously described scenario to an in-house custom-built ERP solution. At this point it is likely antiquated, it forces operations to follow the process flows that existed at the time the solution was built (often outdated), and it’s expensive to maintain. In some cases, it may even be preventing the company from upgrading to the most recent version of its ERP, as the cost to rebuild it would be in the millions. In other cases, the inflexibility, and inefficient processes it creates may be causing companies to neglect loaners altogether, and instead overstock its field inventory, potentially creating huge amounts of tied up capital. It is also a one-off system, only used by one company, and as such, is much less reliable than 3rd party systems. Lastly, making any changes to the system to improve it, is both expensive, time consuming, and forces operations to fit into the IT priority list, of which loaners will certainly not be at the top.

"We have two options.  One is to go with a company that generates revenue, is used across multiple other companies in your space, and has shown to have staying power. The other option is to use a one off, home-grown software (that is likely not only bolted to an antiquated version of your ERP, but also a huge reason why you either can’t migrate away from that version), or having to pay tens of millions of dollars to do so."

Considering the evolution of SaaS loaner software companies, why again, would anyone decide to continue to invest in a custom ERP bolt on?

All in all, the SaaS loaner kit tracking software solutions over the last 5 years, have evolved, scaled, and thrived, and continue to do so. Can you say the same about your home-grown solution? 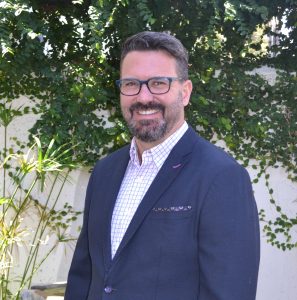 Prior to joining Medical Tracking Solutions, Jonathan Tillman spent 11 years in the medical device industry helping to build outsourcing companies focused on inventory management.  Throughout the 10 years that Tillmam spent at Millstone Medical Outsourcing, he held various roles within sales, marketing, account management, and operations, where he was responsible for establishing and managing the company’s loaner kit processing program within the warehousing and distribution facility in Memphis, TN. More recently, Tillman worked for Life Science Outsourcing, where he helped to build a decontamination, sterilization, and inventory management division within the company. Tillman graduated from Georgetown University where he earned All Big East honors as a member of the varsity track team.

To Build or Buy an Inventory Management Software

Enter your email to receive updates from us.

By clicking “keep in touch”, you consent to allow Terso Solutions to store and process the personal information submitted above to provide you the content requested.

This website uses cookies to improve your experience while you navigate through the website. Out of these cookies, the cookies that are categorized as necessary are stored on your browser as they are essential for the working of basic functionalities of the website. We also use third-party cookies that help us analyze and understand how you use this website. These cookies will be stored in your browser only with your consent. You also have the option to opt-out of these cookies. But opting out of some of these cookies may have an effect on your browsing experience.
Necessary Always Enabled
Necessary cookies are absolutely essential for the website to function properly. This category only includes cookies that ensures basic functionalities and security features of the website. These cookies do not store any personal information.
Non Necessary
Any cookies that may not be particularly necessary for the website to function and is used specifically to collect user personal data via analytics, ads, other embedded contents are termed as non-necessary cookies. It is mandatory to procure user consent prior to running these cookies on your website.
Save & Accept